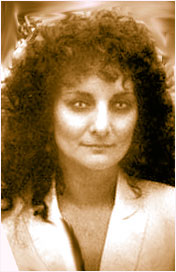 She is one of the most successful editors of short SF&F stories anthologies, with more than 40 titles born thanks to her talented hands. Now this winner of the Hugo Award for Best Professional Editor in 2002 and 2005 talks to the Intemblog about her working methods, her career and how she actually deal with those famous superstars writers, such as Stephen King and Harlan Ellison. With you, Miss Ellen Datlow.

Octavio Aragão: You are one of the most successful editors in the SF&F literary field. How was your debut and why you chose this area?

Ellen Datlow: My first job in the field of sf/f was as associate fiction editor at OMNI Magazine. Before that I deliberately chose to work in mainstream (non-genre) book publishing because although I loved reading fantasy, science fiction, and horror I didn't want to be forced to edit only one type of fiction.


OA: Among the more than 40 anthologies you edited which is your favorite and why? And which one was the more difficult to accomplish?

ED: It's really impossible to choose one favorite anthology. I've enjoyed editing all of them for different reasons.

My early ones: Blood is Not Enough and Alien Sex were filled with both reprints and new stories. By using those reprints, I was able to develop the core of the theme I was working with and could use stories that I'd read in the past and loved, and wanted to introduce to new readers. Blood is Not Enough and A Whisper of Blood (also my forthcoming Blood and Other Cravings) allowed me to broaden and even challenge the concept of the vampire with regard to what vampirism can encompass--not just blood sucking,  and proved how versatile the idea and image of the vampire can be despite the usual, dull reworkings of the trope.

Salon Fantastique, The Del Rey Book of Science Fiction and Fantasy, and Inferno – because they were non-theme anthologies, they allowed me (and Terri Windling for Salon Fantastique) the freedom to publish whatever we chose that I felt fit within the sub genres I was working in.

The Year's Bests are always a pain and a joy – a pain because I have so much reading to do for it (I try to read or at least skim every short story in English that I'm aware of) but a joy to showcase the stories I love.

Most recently, I've really enjoyed editing Supernatural Noir, which combines two of my favorite things: noir and the supernatural.

OA: You work with some the best SF&F authors of England and USA and we know how creative people can be difficult sometimes. Any curious event you could share with us?

ED: While at OMNI, because it was a "slick", that is, mass market magazine with national distribution and relied on advertising, advertisements could be sold up to the last minute that the magazine was going through the production process.  So ads would sometimes be dropped or be added near the end of every monthly production schedule. And those ads had to fit into the magazine somehow.--at the expense of editorial material.

For most of my seventeen years at OMNI I had to cut and add text from the stories I published, (with the cooperation of the authors). This didn't mean cutting huge swaths of text but it was more like surgical precision – cut a stray word or phrase here, or remove a paragraph break. Add a few more paragraph breaks, etc. Occasionally, I had to work with an author to cut 100 lines (not full lines but still a lot). This happened with Stephen King. I made all the possible cuts and then after two days of going through his agent I was finally on the phone with Mr. King. I was very nervous because if he didn't approve the cuts we'd have to cut the story from the issue. We went over my cuts, line by line and he was charming and cooperative and I was so very relieved. The funny part is that we came to one cut that was a joke made as an aside, in a parenthesis. That was the only thing he requested I put back if there was room (there wasn't) and I told him he could use it in another story – don't know if he did.  So he was the opposite of difficult. He was professional and gracious about the whole thing.

Happily, the last few years at OMNI this was no longer an issue because we used computers to set the text, making everything more flexible and making it possible to avoid those horrible cuts and adds.

OA: How do you build an anthology? Which are the steps to a well succeeded collection of short stories?

ED: It depends on the type of anthology. For a theme anthology of original stories I always begin with a theme in which I’m interested. Then I contact writers I'd like to include in the anthology (leaving some room for serendipity, i.e. the unexpected submission received through word of mouth) and ask if I can count on them to write a story for me should the anthology sell (there is never a guarantee that the writer will/can actually produce a story or one that I can use). I write up a proposal using the names of the writers who have committed to it, and my agent will try to sell the proposal.

Then I wait for the submissions, encouraging the writers periodically and asking how their stories are coming along. I usually receive most of the stories before my deadline. There's more flexibility in the type of story I'll buy in the beginning of the process. As the anthology begins shaping up I'm much more careful of repetition in point of view and sub-themes.

A couple of months before my deadline I start nagging, and I also may alert the writers who haven't yet submitted their stories that I don't want any more of a particular type of story. And I try to make sure I have enough stories coming in. If not I may contact a few other writers and ask for stories.

A month or so before I hand in the finished manuscript I do the final line edit of each story – although for most of the stories I've already worked with the author on any substantive editing before I've committed to buying the story. But every story gets a final and thorough line edit towards the end of the process.

At this point I write an introduction, often using my proposal and guidelines to the authors as the germ of the intro. I also arrange the stories in an order I think works for the stories’ presentation. The first and last stories are the most important placements.  The first one needs to be inviting to the reader—not too long, not too difficult to get into. The last is often the story that the editor feels is the strongest or one of the strongest in the anthology. Or sometimes I’ll put in a few very strong stories at the end and then finish with a “grace note.” Obviously, one can’t guarantee that readers read the stories in order but I have to make my decisions on placement assuming that they will.

OA: Which one of your books was you best seller hit? And how the new e-books market affected your line of work?

ED: Snow White, Blood Red edited by Terri Windling and myself sold 72,000 in mass market copies over the years it was in print. Last year it was reissued by Barnes & Noble in hardcover with a new jacket, and is already going back to press for a second printing. We’ve gotten royalties the longest from that one. But several other of my books (with or without Terri) earned royalties for several years: The Dark, A Wolf at the Door,  Blood is Not Enough, Black Thorn, White Rose, Alien Sex, and a few others.

I’m hoping more readers will be buying anthologies for their nook, kindle, ipad, and other e-readers. So I’m optimistic.