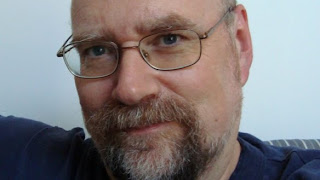 He is a collector of prizes and awards and is gaining recognition all around the world with his novels that mixes the drama of Human evolution and hard Science Fiction. In an exclusive interview for the Intempol site, the author of Darwinia and The Chronolits, Robert Charles Wilson, talks about religion, mainstream novels and the future.

Octavio Aragão - Hello, Mr Wilson. Glad to have you here!
You won - or was finalist of - practically all the Science Fiction & Fantasy literary awards in USA (Hugo, Nebula, World Fantasy, John W. Campbell Memorial, Sunburst and Aurora). How did they influenced your career?

Robert Charles Wilson - Anything that brings your name to the attention of people is a good thing, and I suppose the awards helped attract a larger audience for my work. But I suspect what really matters about awards (or at least nominations) is, for most writers, the sense of acknowledgment. Writing is lonely and often dispiriting work. No matter how skewed or arbitrary the award process may be, the occasional nomination is a reminder that someone out there values what you do.


OA - I know you love the "fantastic-plot driven literary genre" since you was a kid, but your characters are all very well built (I personally like very much Guilford Law, the protagonist of Darwinia). With all that care about human relations and emotions, did you ever wanted to do the crossing and write a mainstream novel?

RCW - I admire many things about the contemporary mainstream novel, especially the attention to detail and mood, and I try to bring these things to my own writing. But I'm in love with genre sf. The task of creating good science fiction -- projecting a shadow of our known world and then imaginatively inhabiting it as if it were real -- is absolutely fascinating to me. It's a genuine artistic challenge, and I think it's revealing that when mainstream writers attempt the crossing in the other direction (Margaret Atwood's Oryx and Crake is the current example) they often fall embarrassingly short.

Will I ever write a mainstream novel? I might, but I would want it to address the same esthetic sensibility that attracted me to sf in the first place: the intuition that the universe is a much stranger place than it appears. 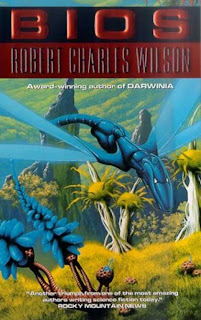 OA - Your works are very "hard" in some ways - specially Bios and the timetravel related ones -, sometimes filled with tiny small scientific details in the backgrounds that shows your knowledge and scientific approach. Don't you ever wanted to write a "non-fiction" book about, for instance, Quantum Physics?

RCW - No. I make a valiant attempt to get the details right, but those "small scientific details in the background" are, at best, a fiction writer's interpretation of what other (much smarter) people have written. Some sf writers (Isaac Asimov, Robert Sawyer) are natural-born explainers. They can explain a tough scientific concept clearly, correctly, and entertainingly. I wasn't born with that particular talent.


OA - You seem fascinated by the concept of "God" or entities so above the Human understanding that we could see them as deities. Are you a religious man or your scientific background avoids you from the simple feeling of "awe", tempting you to try a rationalization of "God" inside your stories (please, notice that I'm not a religious guy, just very curious. You can say here whatever you want! :-D)?

RCW - As I child I was exposed to a variety of Baptist fundamentalism by way of my paternal grandmother – beliefs to which my parents generally deferred, although they weren't especially devout or observant. As a bright if slightly literal-minded child, these beliefs simultaneous interested me (they were, after all, Big Ideas) and repelled me (I figured you had to be either ignorant or willfully stupid to argue with the concept of evolution).

I do believe that the appropriate spiritual response to the universe in which we find ourselves living is awe and humility. This, it seems to me, is what religion ought to foster; and this, it seems to me, is what religious doctrine too often strives to ignore or refute. By claiming that the universe is 6,000 years old, by making some particular human ethnicity the centerpiece of creation, by suggesting that God is offended by, say, homosexuality, religion belittles the Creator it claims to exalt.


OA - Once, yet in the late XX Century, you said that the years ahead of us would be far from the "Mad Max future". Well, didn't the events in 09/11 and the recent "war against terrorism" changed your predictions? If so, how do you see the future from now on? What expect us right ahead?

RCW - In the eighties and nineties it seemed as if the "Mad Max" future was the only one people could imagine – it was our collective default setting for the word "future." And yet no one really believed in it, or acted as if they did. It was a cinematic fantasyland, like Middle Earth or Hogwort's College. Good for a couple of hours in a darkened movie-house, irrelevant to your life.

9/11 may have made that glamorously ruined wonderland a little less inviting... may actually have brought it back into the realm of genuinely speculative sf, a place in which, if we're not careful, our children may actually have to live.

But my main complaint is that, barring total ecological collapse, the future is inevitably going to be more complicated than that. To take one example, biological engineering will give us designer plagues -and- a cure for cancer. Both. Perhaps simultaneously. 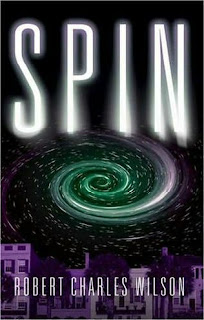 OA - Since you are very interested in the "transcendental" side of Humanity, - even in your more "Hard" novels -, what should we expect from your next book, Spin?

RCW - Since Spin is a work-in-progress, I don't want to give too much away. But I can say that Spin addresses both the next forty years of human civilization and the next 4 billion years in the evolution of the solar system.

What makes SF so interesting right now is that writers are beginning to confront two scenarios pressed upon us by contemporary science. One alternative is that humanity, as a species, might abort itself in a planet-wide ecological collapse. The other is that we'll survive the difficult next century and expand beyond our planet... in a form that our ancestors might not even recognize as human.


OA - Last question: Do you like "great sagas"? Seems that the American Market urges for this kind of books with more than 400 pages and cliffhanger endings that suggests endless continuations or trilogies. If so, is Darwinia becoming a "trilogy" or something like that?

RCW - I'm often asked about sequels, especially to Darwinia and Bios. The answer: not impossible, but no immediate plans. I'm not opposed to the concept of trilogies or massive kilopage blockbusters; I just don't think they should be obligatory.

There will be a sequel to Spin, however. Spin is a stand-alone novel utterly complete in itself, but it ends with the Earth (and the universe at large) in a relationship that fascinates me and one I wanted to spend more time exploring.