Cosmic horror and some other tips - Interview with F. Paul Wilson 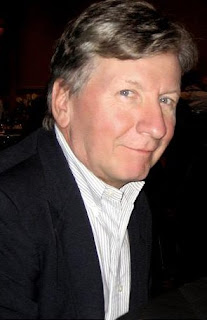 He writes books, games and comics. He also had his first commissioned work bought by John Campbell, the Godfather of American Science Fiction, and a movie was based on his first novel, The Keep.

Today, alongside well-succeded writers like Dean Koontz and Stephen King, he is considered a master of SF, horror and fantasy, but in the begining things weren´t so easy at all.

Dear Intempol readers, here is F. Paul Wilson (the "F" is for Francis) in his first Interview for a Brazilian audience.

OCTAVIO ARAGÃO - You sold your first short story back in the 60's to no one other than the legendary John W. Campbell. How was this experience and how (if that happened) the greatest Golden Age SF editor contributed to your work?

F. PAUL WILSON - I'd been submitting SF stories through the late 60s, but made my first sale in 1970. For years I received those preprinted slips: "Thank you for your submission but unfortunately it does not suit our editorial needs at this time." I could paper a wall with them. I submitted a story called The Cleaning Machine to Analog; Campbell rejected it as he had all others before it, but this time he told me why. I was ecstatic. Not only had I heard from the Father of Modern Science Fiction, but he'd commented on my work (for which I will forever revere his memory.)

For the next year he continued to reject my stories, but always told me why. I'd never had a writing course - I was going by touch and instinct - and Campbell's letters gave me an education in storytelling.

Finally in the spring of 1970 he accepted "Ratman" and sent me a check for $365 - a nickel a word. I was a first-year medical student at the time. My wife Mary was pregnant. We had next to no money coming in. The check was a windfall. We danced around the apartment.

Oddly enough, the check arrived with no comment. That was typical of Campbell - if he agreed with you, he had little or nothing to say.


OA - Your very first novel, The Keep, was originally a stand alone. Later you decided that - alongside with three other novels - it was part of a bigger literary series that you named as The Adversary Cycle. Just like comics writer Marv Wolfman, when he wrote DC's New Teen Titans and Crisis On Infinite Earths, you claim that it was unintentional and that "maybe you'd been working on a link-up subconsciously all along". When was the point that you saw the possibility and decided to link all novels? Did this decision helped commercially all the books involved in the Cycle?

FPW - The connection point came when I was outlining Reborn.

Let me say that I like doing connected stories - future histories or separate stories sharing the same milieu, like the Village of Monroe on the Long Island Gold Coast - but I had no intention of doing a series. The first three novels of the cycle were intended as stand alones. Completely unrelated. Wm. Morrow rejected The Tomb because it was too unlike The Keep. And The Touch was like neither.

I then went to work on a novel called The Chadham Clone. It too was meant to be a stand-alone, with no relation to The Keep. I'd started it years before, right after The Keep, but it didn't gel. (That's why there's such a gap between The Keep and The Tomb.) I wanted it to look like a Rosemary's Baby or an Omen but actually be something different (just as The Keep looks like a vampire novel for a while, but it's not). I wanted to use an evil entity other than the tired old Antichrist, but who?

Then I realized I already had that entity in Rasalom from The Keep. I needed a suburban setting convenient to Manhattan, and realized I already had one in Monroe where The Touch took place. I became intrigued by the challenge of tying those two novels, and The Tomb as well, into Rasalom's reincarnation, bringing the books full circle.

It worked so well that I must have had something going on in my subconscious while I was writing the first three.

Things grew from there. The result was an outline for a 1,000-plus-page novel. Nobody was going to publish that, so I broke it down into a trilogy ( Reborn, Reprisal, and Nightworld) and sold it that way. I'm still amazed at how well everything fit in.

Commercially it wasn't a big deal. Four of the six novels are out of print (although Borderlands Press is bringing them back as a matched set of signed hardcovers). 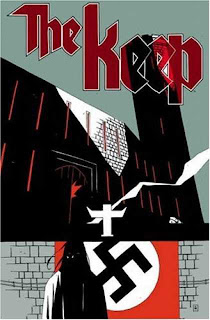 OA - We can see your hands in every possible media, since novels to comic books, passing through TV scripts and even PC games. Do you believe that literary SF & Fantasy is doomed and, in time, will migrate to the new media? If not, how can the written version of the genre conquer a younger audience?

FPW - Other media have certainly stolen parts of the reading audience, but I think there will always be a place for the printed word, even if it's on an e-book screen.

Younger audience? Damned if I know. But I believe there'll always be a certain percentage of the population who'll prefer to do their own imagining rather that allowing a director or game designer to do it for them.


OA - The 1983's movie version of The Keep had little or nothing to do with your original novel. How would you do it (who would you choose to direct it, who would star it and who should write the script - if not yourself), if you had the opportunity to produce a new version?

FPW - Of course I would like to write the script myself, but in all honesty I doubt I'd do the best job. Craig Spector did an excellent script for The Tomb (still in development hell) and a fellow named Chris Morgan has done some excellent rewrites. I'd also like to see what David Schow could come up with.

Director? I think Ridley Scott could do a killer version. And I was impressed with Doug Liman's Bourne Identity.

As for stars, I haven't the faintest. How about a nightmare cast instead: Adam Sandler as Glaeken, Will Ferrell as Woermann, Queen Latifa as Magda, Ben Stiller as Kaempfer, and Danny Devito as Rasalom. (Someone call 9-1-1! I need CPR!)


OA - From Lovecraft to Carl Barks, your list of influences is a cast of superstars, but outside the SF&F genre, who do you like? Which mainstream authors are *quintessential* and why?

FPW - James Ellroy (American Tabloid is indescribably good). I will buy anything by Jeffrey Deaver because he never fails to surprise me. Steven Hunter because I like his guns and stoic characters. And Carl Hiaasen because he's always fun.


OA - Last question: Peter Straub, Dean Koontz, Stephen King, and obviously, yourself. Which one could match the masters of old like Poe, Hawthorne, Bierce or Lovecraft, and why?

FPW - Although my style is nothing like his, the cosmic horror of my fictional universe is much like Lovecraft's. Straub's and Hawthorne's styles would seem a good fit. King and Poe share many qualities, especially in their short fiction. That leaves Koontz and Bierce, who aren't such a bad match when you take into account their senses of humor.