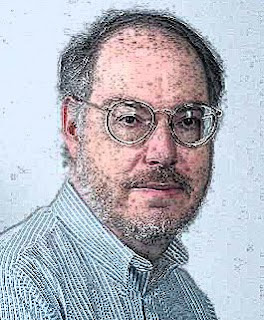 Edward M. Lerner is part of the new generation of the American hard Science Fiction writers, with works published in the prestigious magazine Analog Science Fiction and Fact, and in a lot of sites in the Internet.
Here he will talk about his stories – with a mix of Physics, Space Engineering, History and Sociology –, his time in NASA and the state of American Science Fiction nowadays.

With you, Edward M. Lerner.

Octavio Aragão – Hello, Edward. Glad to have you here, in the Intempol site.

You have a degree in Physics and a masters in Computer Science. But, you also have a heavy and clear interest in Sociology, as we can see in some of your short stories (By The Rules, published in Analog, in June, 2003) and novelettes (the serialized Moonstruck, Analog, to be finished in December, 2003), where we can see Alien races studying - or manipulating - Earth just like anthropologists like Lévi-Strauss used to do with other cultures in the early XX century. Do you use to research Sociology and Anthropology to build your stories of "alien contact"? If so, who are your favorite authors in this field?

Edward M. Lerner – By The Rules concludes with the acknowledgment: With thanks (and apologies) to Jenn. Jenn is my daughter and an ABD (all but dissertation) grad student of sociology. I did use her as a resource on that story – after which I exercised authorial privilege to ignore any inconvenient details. A case can be made that the apologies owed are for more than any poetic license I exercised. You see, the household rules in that story were mine, inflicted on Jenn and her brother Jeremy.

Moonstruck (and most of my fiction) was developed without Jenn’s help. I do draw upon a longstanding interest in history, however, in this serial and many other stories. In my mind, there’s a significant overlap between historical analysis and sociology.

OA – Your passion for, in your own words, "rocket science" is very deep and you claim that your experience working for NASA helped built and write a more realistic background to your stories, producing "a stockpile of source material for future stories". What, when and where did you used from the "NASA experience"? You just used the "good things" or you tend to show the ugly side of the great corporations in your work?

EML – Moonstruck draws heavily upon that NASA-contracting experience. (That said, allow me to be a bit general, since the final installment of the serial remains to be published. I don’t want to spoil the ending for anyone.) The space-shuttle scenes certainly benefit from my having ‘flown’ the shuttle training simulator. The fact that I ‘crashed’ every time has no bearing on the story. The years I spent working on NASA’s ‘mission to planet Earth’ also proved useful – although I twisted that knowledge into a scenario no practicing climatologist would ever expect to encounter.

Do I use the ugly side of corporate life? Absolutely! Consider my novelette Creative Destruction (first appearing in Analog, March 2001, and later included in Year’s Best SF 7 [David G. Hartwell, editor]). That story revolves around radio-based interstellar trade in intellectual property -- and a vast corporate conspiracy to circumvent the UN’s import/export controls. My imagined chicanery is certainly much uglier than anything Iíve experienced in the real corporate world – I know of no corporate-sanctioned murders! – but it reflects the many years I’ve spent in the corporate trenches. 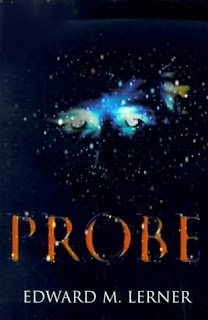 Another example: my first novel, Probe, opens with a first-contact scenario and also involves corporate malfeasance. This time, however, the corporate plotters are as much in the dark as anyone else.

OA – You are part of a "new new wave" of SF writers that appeared in the last years in the pages of the magazines writing short stories. But we also can notice a huge amount of "trilogies" and famous authors doing their best to write the hugest books, full of sequels and prequels that smell a lot like just "moneymakers". How do you see the actual state of the literary SF as a viable media in US? Is it growing, is it stagnant or in plain flight upwards?

Yes, novels are getting longer, and series are becoming more prevalent. There are good and bad aspects to that state of affairs. I’m all for a series when the scale of an idea is bigger than one book can accommodate. Tolkien’s Lord of The Rings would provide a far poorer experience if it were compressed/scaled-back to one book. The same would be true of the original Asimov Foudation trilogy or Brin’s first Uplift trilogy. That said, some series have continued longer than (in my opinion) the core idea required. Honesty requires an admission: some of the ideas I’m working with support (again, just my opinion) a two- or three-book short series.

More broadly, what’s the state of SF in the US? Not entirely to my taste. My particular preference is for technically sound (“hard”) SF and a steady stream of big/bold new ideas. The many fantasy, media tie-in (such as Star Trek and Star Wars), and past-their-prime series books don’t leave much room for what I’d like to see. That’s too bad, because SF, of all genres, needs a steady stream of innovations.

OA – Let's talk a little about your process of work: your stories are very hard-science driven, with lots of data and references to your scientific knowledge (computer science or space flight engineering). With these characteristics, how do you do revision? All by yourself? Or are you like Stephen King, with a small group of colleagues that knows the same topics you do and helps you with the small typos and eventual factual/scientific inconsistencies? Do you use to discuss your ideas before begin writing? If so, with whom?

EML – Writing hard SF motivates me to learn esoteric topics – science and technology change so rapidly I can’t rely on what I retained from college. There are also plenty of exciting ideas too new to have studied in college, like nanotech and proteimics (protein engineering). The research I do is fun, and because it deals with strange, plot-centric needs, has a focus unlike general study.

I’ve discussed some plot ideas with colleagues, but that’s the exception. The one time I gave an early section draft to a colleague, she lost it!

My wife Ruth is my first reader. She’s an avid SF fan but not a technologist – her review is invaluable. She’s excellent at finding where Iíve said too much or too little about technology, or where the connection between the plot and the technology isn’t clear.

None of this is to say inaccuracies can’t creep into my writing. Stan Schmidt, the editor of Analog, is a PhD physicist and has saved me from myself a couple of times.

OA – Your series Moonstruck is full of details - a true, credible Universe -, and we can see the roots of a novel between it's pages. Any plans for a future book? What the future brings? Any other projects?

EML – Thanks for the kind words about that story. Moonstruck (like most four-part Analog serials) is actually novel-length, and I hope to interest a publisher in releasing it in book form. 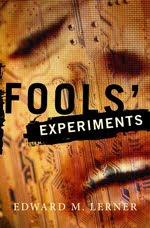 Long-time Analog readers will also recognize some of my other near-term projects. Interstellarnet is a novel that expands upon several novelettes published in 2000 and 2001 (including the above-mentioned Creative Destruction). Interstellarnet Conspiracy is a (pardon the irony) follow-on – not a sequel, but set in the same universe. Finally, Fools’ Experiments is a novel that expands upon two 2002 Internet-centric Analog contributions, a novella (Presence of Mind) and a two-part serial (Survival Instinct).