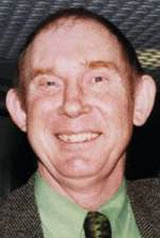 Andy Sawyer is the librarian of the Science Fiction Foundation Collection at the University of Liverpool Library, and Course Director of the MA in Science Fiction Studies. He also teaches a science fiction module on the undergraduate course.

Now he is here with us for his very first interview to Latin America about the primordial subject of his SF classes: timetravel.

***
Eduardo Torres & Octavio Aragão: It seems that nowadays only three types of people discuss seriously - and professionally! - time travel: relativistic physicists, science fiction writers and philosophers. Do you exchange opinions? If so, could you cite influences in one way of thinking (philosophers who were influenced by SF writers) or another (the opposite: SF writers who made their homework based in philosophy papers)?

Andy Sawyer: It would be interesting if we did! I think it does happen informally. Of course, some science fiction writers are physicists anyway (Gregory Benford, for example, and I guess the science fiction writer half of him liaises pretty well with the physicist side!) And here in Liverpool our Professor of Philosophy Stephen Clark has a big interest in science fiction, particularly that of Olaf Stapledon -- who was himself a philosopher. What I'm interested in is the way all three groups -- sf writers, scientists and philosophers -- use "thought experiments" for slightly different ends. You *have* to use science fiction (or science fiction-like techniques) to move ahead in these fields.


ET&OA: Your Time Travel course seems to deal with many temporal paradoxes, including the most famous of all, the so called Grandfather Paradox. How do you and your students discuss (explain?) it in your course? Do your students split in different 'explanation groups'? Is there a 'right explanation' for this paradox in your course? If so, you base your assertive in which authors?

AS: I don't teach this aspect of the course -- I'm a literature rather than a philosophy specialist. It's taught in different ways, and I don't think the idea is to define an "explanation" which is right or wrong -- more the different ways in which different stories might illustrate examples of the idea. One thing I do when teaching HG Wells is to consider his model of time in The Time Machine and look at the way Stephen Baxter has incorporated more contemporary ideas of time based upon quantum theory which seems to contradict any question of returning to the same timestream that you left.


ET&OA: In your course you distinguish Object Loops, Information Loops and Causal Loops as distinct phenomena. Most authors, however, consider the two first as special cases of the third. Could you briefly explain the essential differences among these temporal paradoxes in your opinion?

AS: I'll probably get into philosophical complexity beyond my depth if I try this. I think there's a distinction between a causal loop and an information loop (where I remember something that I have gone back in time and told my younger self) , although once you get within the loop such distinctions become very shaky.


ET&OA: If time travel is possible, do you think (logically and philosophically) that past can be changed or is unalterable? Why? How you discuss free will in your course in the second case? Which examples do you use to give?

AS: Personally I am agnostic on any of these. Free will can be an illusion – if we look at some of Stapledon's "possible" universes in Star Maker we get some bizarre possibilities. "Quantum" interpretations get us out of the paradox neatly by assuming that *whatever* decision we can make in some probable universe we *do* make it, but I'm not very happy about asserting the *truth* of it. I'm not about to throw myself off a cliff simply because in some other probable timestream I *haven't* thrown myself off. Within the Time and Consciousness course "free will" tends to be discussed as part of ideas about the "self" or virtual reality – e.g. Greg Egan's Quarantine 5- You also talk about different views on the nature of time: Presentism, Eternalism, Growing Block and Truthmaking. Could you explain in short these concepts? Well, again these are not concepts I specifically use in my own teaching. 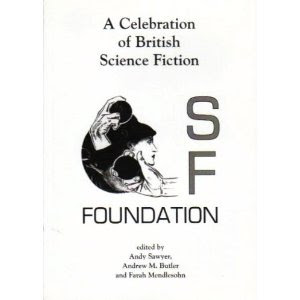 u don't intend to discuss the aesthetics and/ or quality of time travel stories in class. Do you discuss science fiction time travel literature at all in your course? Why or why not? If so, which novels or short stories are part of your bibliography?

AS: Actually I do discuss matters of aesthetics and quality because these are areas I'm interested in: how the concepts become literary creations. The "Time and Consciousness" module looks at a number of texts: What is Personal Identity? Robert Heinlein’s All You Zombies. Can the Past be Changed? Orson Scott Card’s Pastwatch: the Redemption of Christopher Columbus; Fritz Leiber’s The Big Time. How Many Histories are Real? Stephen Baxter’s The Time Ships; Greg Benford’s Timescape; Diana Wynne Jones’ Witch Week. How Long Have We Got? Stephen Baxter’s Time; Olaf Stapledon’s Last and First Men.


ET&OA: Are Time Travel courses usually found in contemporary Philosophy graduation programs in United States? If you are the very first, how was the acceptance of the course initially?

AS: We were the first postgraduate taught course in science fiction in the UK. It was well received, although some of the students from a non-philosophy background apparently found the philosophical concepts difficult to deal with at times. I do know of other course which use sf to illuminate philosophy -- there's a guy at Brown University in the USA called Brian Weatherson who does this.

Thank you very much, Mr Sawyer and best wishes! 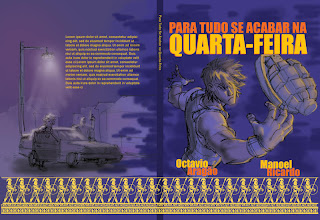 He wrote HEROES AND MONSTERS, a very detailed book, a real companion to the LEAGUE OF EXTRAORDINARY GENTLEMEN comics, the steampunk book by Alan Moore and Kevin O’Neil. According to Moore, he is “that psycho American guy who probably just drifts eerily in a flotation tank all day with a reference library wired directly into his brain-stem”. But Jess Nevins is not a newcomer to the fields of comics research... his sites about pulp fiction and Victorian literature are great reference sources for all the amateurs literary researchers.

Octavio Aragão – Hi, Jess! I'm late, I know. I'm very sorry, but my son was born last November 13 and I was suddenly drown in a sea of diapers!

Jess Nevins – I think that's a good reason for being late with the questions. :-) Congratulations!

OA – Thank you! I also had time to read your book and think about the questions. If it is fine with you, let's go with our five questions!

Your book HEROES AND MONSTERS is an amazing body of work through all the XIX Century (and early XX) genre literature, not to tell about the heavy info that you collected in your other sites, Fantastic Victoriana – and Pulp & Adventure Heroes of the Pre-War Years – . How is your research process? You still visit libraries?

JN – Thanks for the kind words! I do visit some libraries, but mostly I get the relevant books sent to me via Interlibrary Loan and read them myself. Some books and magazines I can't borrow, of course, so when that happens I do go to the libraries to do the reading. This spring I'm going to the British Library in London for two weeks to do research; the British Library is the only holder of many books that I want to read, so I have to go there to do the research.

OA – I believe that the kind of passionate work you do is a valuable source of info to a lot of researchers of the pulp fiction around the world, but why and where did you had the idea to begin with this herculean project? 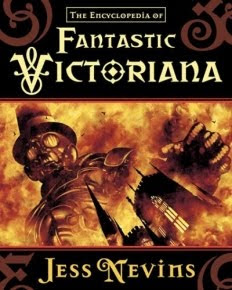 OA – You are a great fan of the works of Philip José Farmer - notably the Wold Newton series, where he organize the literary pulp as a coherent universe - and Kim Newman, author of the ANNO DRACULA series. Don't you feel tempted to write a similar research to these books as you did to the comics by Alan Moore, Mark Waid and Alex Ross?

JN – I do, but other people have already written them. At this point I try to avoid duplicating other people's work. It's partly an ego thing and partly a time-saver on my part.

OA – And what about your own literary projects? Any ideas for a novel or even a short story? Have you ever written a script for comics?

JN – I've written several scripts, but the American comics industry is dying a slow and ugly death and the chances of me getting something published by them is slim. I do have ideas for a number of short stories, and several movie scripts, and I will write them, eventually, but for the next 3-4 years I'm going to be busy writing non-fiction books. I'd rather be writing fiction, but the non-fiction books are guaranteed money, so I'll write them first.

OA – With the success of HEROES AND MONSTERS, you'll be considered for sure one of the next "mass media" researchers of the millennium. Any plans for a new issue of HEROES focusing the second volume of LEAGUE OF EXTRAORDINARY GENTLEMEN or a new updated version of the same book?

JN – Yep! The working title is A BLAZING WORLD, and it should be out next summer. (We're not planning to update HEROES & MONSTERS, though). A BLAZING WORLD won't have any essays in it--the book is long enough as it is--but it will have interviews with Moore and O'Neill, and of course all the annotations, rewritten and expanded, to the second League miniseries.